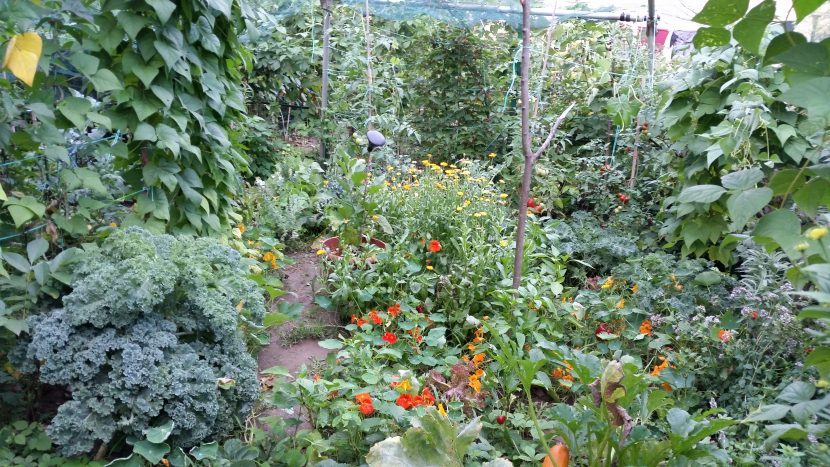 Intercropping makes the garden slightly more difficult to cultivate, as not all plants of the same vegetable are in one place, but it brings many benefits:

Some great companions for intercropping:

Garden requires flowers as well, as they attract beneficial insects that eat lice, and repel some pests. However, plant mint and horseradish to pots and not directly to the garden as they become very annoying weeds as well.

When you plan your garden according to good and bad companions, you can also use the our garden planner for help.

To prevent is better than to heal, so make your garden healthy and create an unpleasant environment for pests and disease, where your crops remain untouched. Ground pest Wireworms Red-brown, firm worms are of different sizes, wind in fast movements on the surface and again disappear in the soil. They are a threat to all […]

Phaseolus vulgaris Cultivation Sow directly to the regular spot or cultivate seedlings. Beans need warmer soil for successful germination (at least 8 °C (46 °F) for bush beans and more for pole beans). Pole beans should be sown in heaps, while this is not needed with bush beans. Put 6 to 10 grains of pole […]

Beta vulgaris Cultivation Grow it from seedlings or sow outside. Several plants can germinate from one seed. It grows above only 5 °C (41 °F), however, optimum temperatures for its development are around 18 °C (64 °F). Distance between plants At least 40 cm (15 in) between rows and at least 40 cm (15 in) […]